The Dun Cow in Christchurch on the Cambridgeshire Norfolk boundary where the author Dorothy L Sayers Father was rector until his death in 1928. At one time there was a total of three pubs in the area but today the Dun Cow is the only one left to feed and water the hungry.

Dorothy’s description of Christchurch is to the point and says it all;
“Christchurch is the last place God made, and when He’d finished he found He’d Forgotten the staircase!”

I like the idea of Dorothy and her Husband Mac visiting her Mother and Father in Christchurch and on Sunday mornings attending church, as soon as the Reverend Sayers had pronounced the benediction Mac would be seen making his way to the Dun Cow public house. 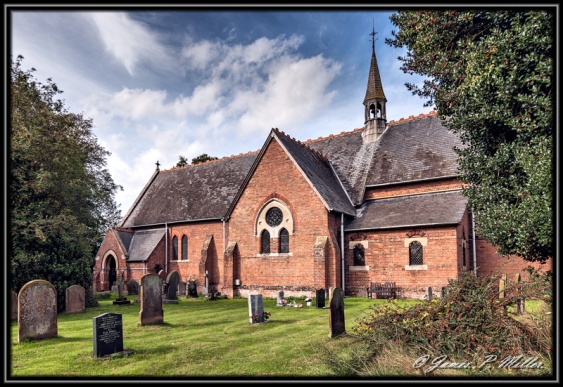 If you have the will power to avoid the allure of the Five Miles From Anywhere Pub and Restaurant and turn left, you can stroll beside the Burwell Lode where you will find boats as various as the real ales served at the afore mentioned watering hole.

Depending on the condition of your footwear and the suppleness of your calf muscles you will arrive at a footbridge which has all the presence of a stairway up and over a lesser known Munro.

Once you have negotiated this obstacle you will have a decision to make, will you carry on along the Burwell Lode to Burwell or enjoy the view of Wicken Fen through the back gate. 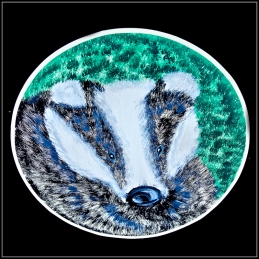 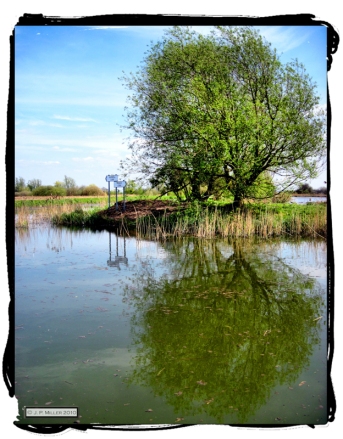 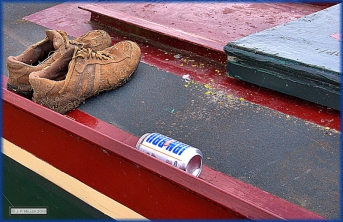 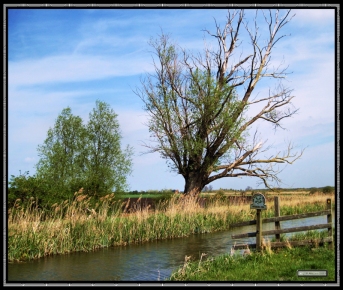 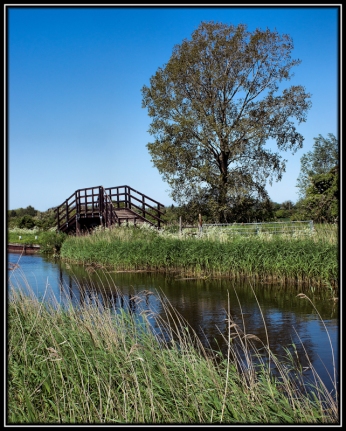 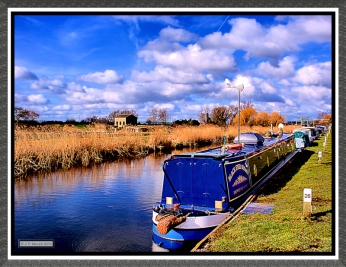 Coveney sits 43 feet above sea level overlooking Ely Cathedral in the east. It was a small island in the fens a long time before The Earl of Bedford and Cornelius Vermuyden ever dreamt of  draining  the Cambridgeshire Fens. 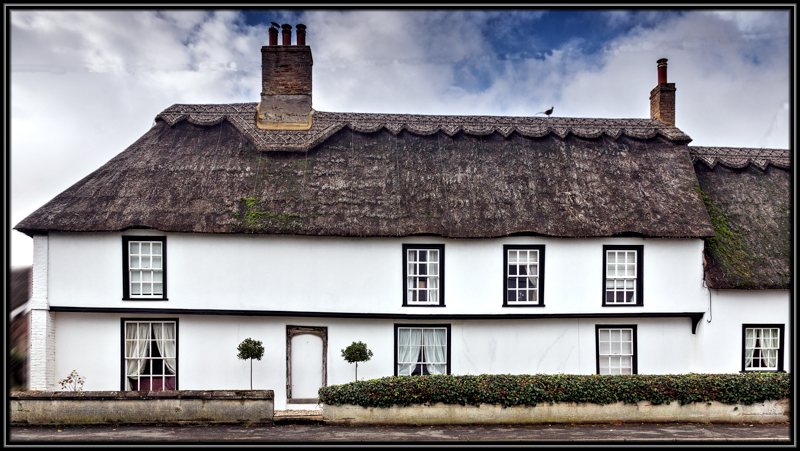 If the name of Coveney evokes a land fit for Lucifer’s Angles think again, it derives  its name from “island in the bay” and was once the home of Aethelswyth, daughter of the Noble Saxon Oswi, who came here with her maidens to work on her embroidery and weaving in the early 11 century. 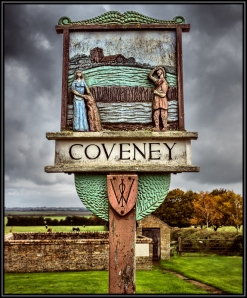 The Church of St Peter ad Vincula dates back to the 13th century and its tower can be seen sitting proud as you approach the village from Wardy Hill in the north west. There is a village pond where you can sit on a summers day and take in the extensive views across the fens to Ely. Beside the pond is situated the village lockup, this was used in a time gone bye to store the village bier that carried the coffins to the Church. Mansion Farm House  which is the oldest house in the village lies just north of the church and it is said to have been built around the same time, there was a National School for both boys  and girls, the property is now used as a Bed and Breakfast.

The celebrated, controversial, disputatious Dr. Conyers Middleton was rector of Coveney between 1725 and 1728, his first wife’s granddaughter was Elizabeth Montagu the British social reformer, who helped organize and lead the bluestocking Society, she was a frequent visitor to the Middletons in Cambridgeshire in younger days.

Views of The Church of St Peter ad Vincula

The School House and The Old School

The Old Scholl Bed and Breakfast