Chapel Bridge crosses the Bevill’s Leam which runs from the junction of Whittlesey Dyke and the Twenty-foot River to Mere Mouth where it joins the Old River Nene deep in the Cambridgeshire Fens.

In times gone by barges would make their way along Bevill’s Leam stopping at this point to be loaded with agriculture produce.

At onetime a barge which was converted into a chapel would provided travelling church services. 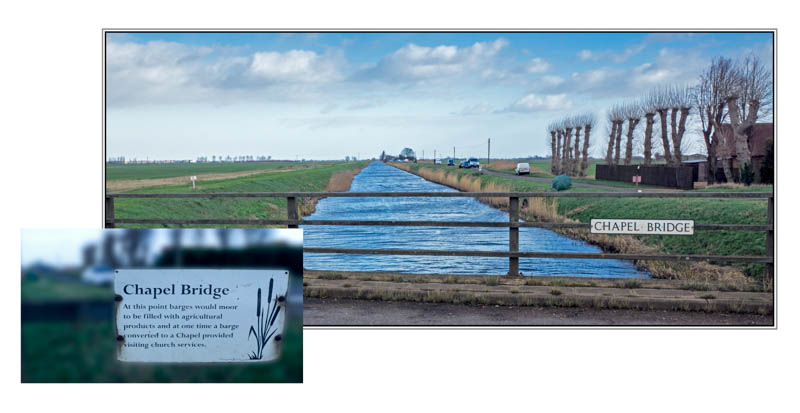 Today you are more likely to encounter on the banks of Bevill’s Leam anglers competing in fishing matches.